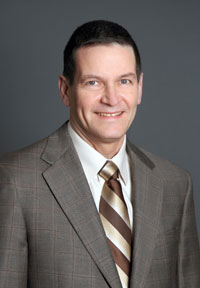 Dr. Douglas DeBoise is originally from Brookings South Dakota where he grew up on a farm and attended Brookings High School. He obtained his undergraduate and medical education at Creighton University in Omaha, Nebraska. Following an internship at Creighton University he then went on to complete his residency in Obstetrics and Gynecology at the University of Tennessee Center for Health Sciences in Memphis, Tennessee in 1981. Dr. DeBoise then served four years in the United States Air Force Medical Core and was Chief of Obstetrics and Gynecology at Mountain Home Air Force Base Hospital in Mountain Home, Idaho.

Since 1985 Dr. DeBoise has been in Private Practice in Wichita, Kansas where he was an Assistant Clinical Instructor at the University of Kansas School of Medicine, Department of Obstetrics and Gynecology for 13 years before moving to Lincoln, Nebraska in 2003 and joining Lincoln OB-GYN in 2005. Dr. DeBoise and his wife Jeri have a daughter Kristen and a son Matthew as well as two grandsons.

Dr. DeBoise is Board Certified and a Fellow of the American College of Obstetrics and Gynecology since 1983. He enjoys both normal and high risk obstetrics as well as general gynecology and gynecologic surgery. In particular he enjoys minimally invasive vaginal and laparoscopic surgery so as to reduce the recovery time and discomfort for his patients. Dr. DeBoise strives to inform his patients of their healthcare options and encourages them to be active participants in the decision making process. He is planning on practicing for many years to come and welcomes new patients.